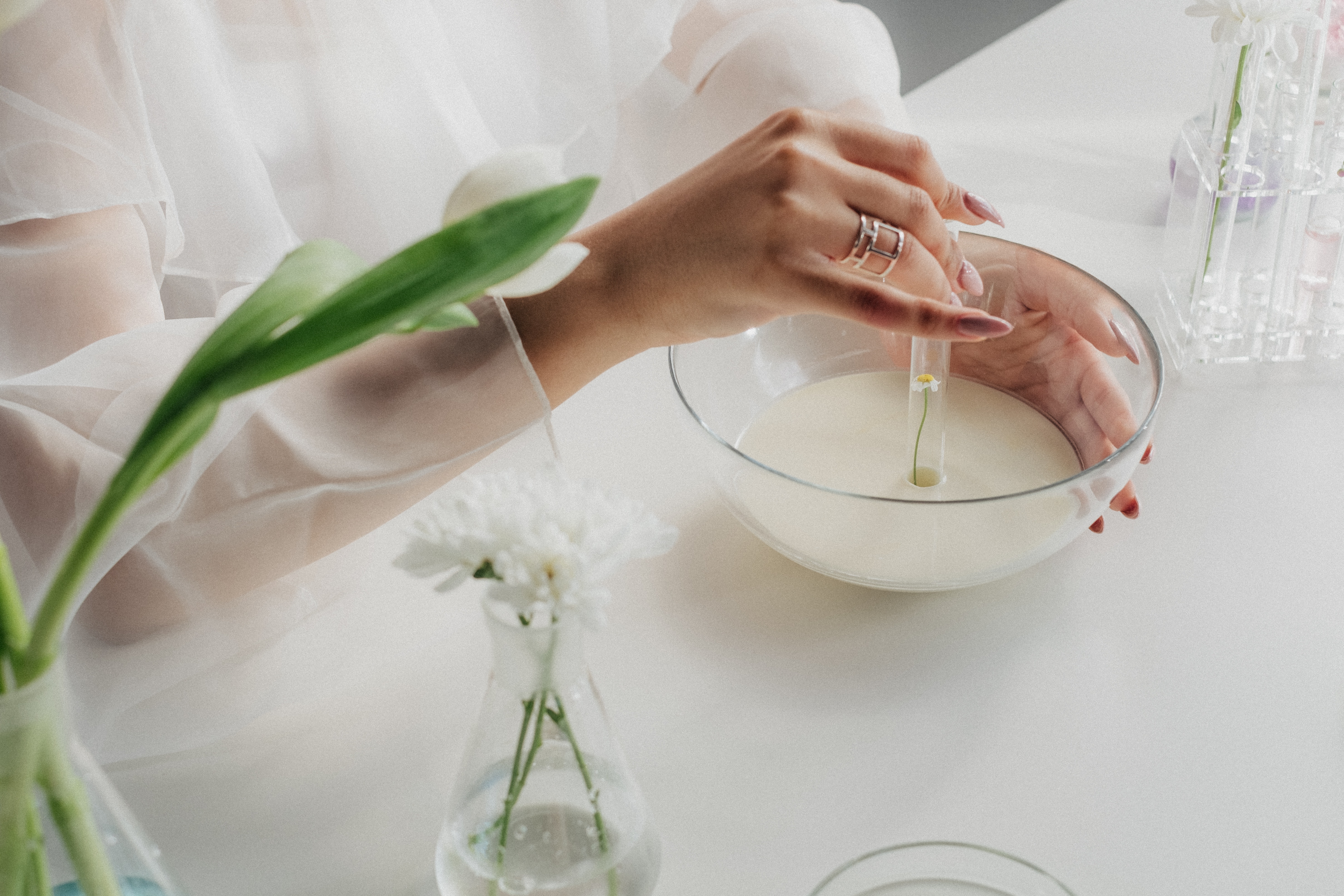 Polymers are regularly associated with synthetic materials, plastics and fossils. However, they are present in nature and have been used by human being since the dawn of time. Indeed, silk, proteins or cellulose are all natural polymers. Thus, many consumers are unaware that their cosmetic products contain polymers and especially, that these polymers can be of natural origin! Adrien Faure, expert at PolymerExpert, explains the use of polymers in the cosmetic industry.

Although the terms “Polymer” and “Naturalness” may seem antagonistic, they are the core business of many research and development teams, as well as industrialists aware of the new environmental and societal challenges. PolymerExpert took the decision in 2014 to develop biobased polymers to promote products that respect the environment and the health of consumers.

Today, polymers are found in the majority of our cosmetic products because they possess remarkable and unmatched performance. These macromolecules are essential to the development of cosmetic formulas because they have been designed to develop products optimized in terms of rheology, sensoriality and stability. The mechanical properties of the formulas are often obtained through the use of polymers.

The notion of naturalness in cosmetics refers to the ISO16128 standard which establishes guidelines to define the qualification and degree of naturalness of an ingredient. It can either be qualified as natural, of natural or synthetic origin. In recent years, the ISO 16128 standard has become the absolute reference for the naturalness of our cosmetic products and allows manufacturers to claim a percentage of natural origin on their cosmetic products.
Other certifications exist to guarantee a responsible use of natural resources. Among them is the COSMOS certification, which attests to the absence of petrochemical ingredients and ensures the use of production and transformation processes that respect the environment and human health. 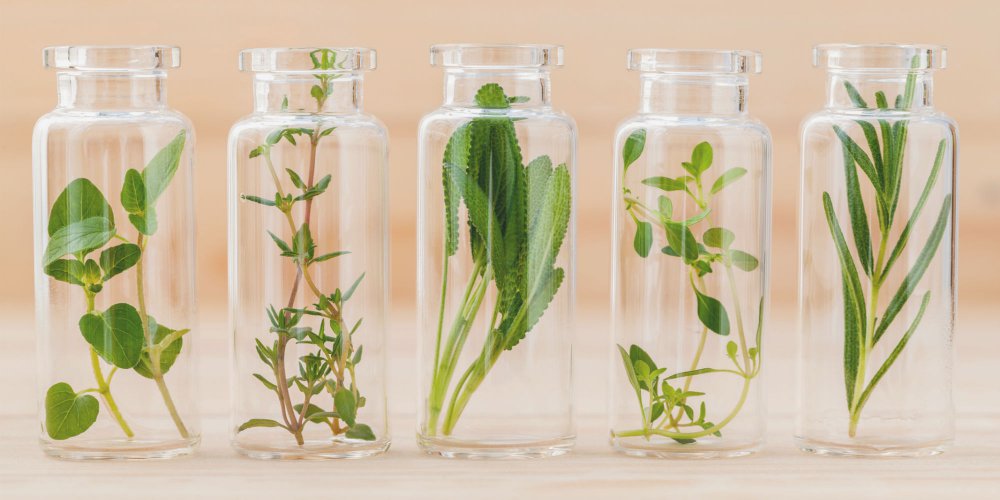 Towards a more sustainable approach

Today, naturalness is a prerequisite for many consumers who are increasingly concerned about the preservation of the planet and aware of the dangers of certain chemical substances on their health. This craze – widely shared by cosmetic brands – has a strong impact on raw material suppliers, who today must innovate to protect health and the environment. In addition, the explosion of applications that decipher and evaluate finished products and their compositions has contributed to put a large number of ingredients in the spotlight; in particular polymers of petrochemical origin. Among the most decried and most known by consumers, it is easy to mention the “PEG” (polyethylene glycol), polymers synthesized from ethylene glycol. PEGs are generally safe ingredients for consumers and have many advantages in cosmetics. They are also widely used in pharmaceutical products and medical devices. They can for example be good emulsifiers or solubilizers. Unfortunately, their petrochemical origin and their lack of biodegradability do not meet the requirements of protection and preservation of the environment and resources. This is why the cosmetic industry is gradually abandoning them. Thus, we can ask ourselves: Is it possible for the cosmetic industry to do without polymers? How to replace these super ingredients with unique performances in formulas?

In recent years, the major challenge for formulators has been to make a smooth transition to increasingly natural and eco-responsible polymers. Ingredients derived from fossil resources are progressively being replaced by ingredients derived from renewable resources. The major disadvantage for formulators when substituting a synthetic polymer with a natural polymer is the potential loss in efficiency. Polymers often play a key role in a formula: they are gelling agents, emulsifiers, stabilizers or even holding agents, in other words, pillars of cosmetic products. This is why all formulation systems must be rethought. As far as skincare products are concerned, the substitution of petrochemical raw materials and the transition to more natural ingredients has been a success for the cosmetics industry, which has found promising solutions. On the other hand, the make-up sector is struggling to make the transition because the success of make-up products lies in the technical performance of the product, which is largely based on synthetic polymers with unequalled sensorial and film-forming properties.

In order to combine performance with naturalness, formulators have two possibilities. Firstly, they can use natural polymers that have been used and known for a long time in cosmetics, such as polysaccharides like xanthan gum or alginates for their role as gelling agents. On the other hand, they can turn to polymers of natural origin synthesized in part using monomers of natural origin or natural polymers modified according to a list of permitted chemical reactions that do not compromise naturalness. It is through this second approach that raw material suppliers are attempting to match the performance of existing petrochemical-based polymers. 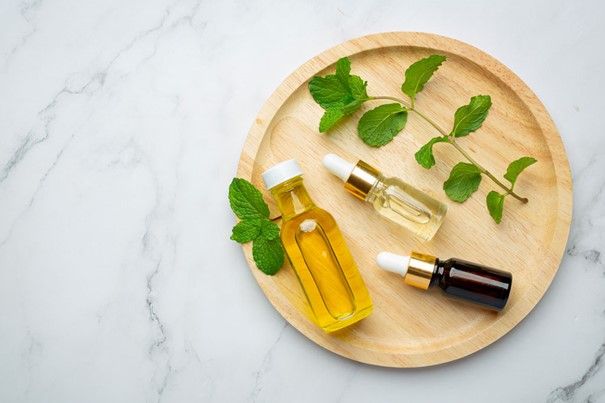 PolymerExpert is a pioneer in the innovation of natural polymers

For PolymerExpert, sustainable innovation is a key development factor. Since 2014, the company has focused part of its efforts on the synthesis of high-performance polymers with a more natural approach. The work of our polymer engineers and doctors consists of discovering new monomers or pre-polymers to assemble them while respecting the principles of naturalness of the ingredients. Launched in 2017, the EstoGel® range is a perfect example of very high performance polymers of natural origin. It consists of several grades ranging from 91 to 100% natural origin that have been synthesized to meet precise technical criteria, particularly in terms of rheology and sensoriality. These innovative ingredients are based on a supramolecular technology consisting in associating short polymer chains by reversible hydrogen bonds. We can say that this technology is an alternative to the use of conventional high molecular weight polymers of petrochemical origin which are not very sensory and often occlusive.

Beyond a more natural approach to highly technical polymers, EstoGel® are multifunctional. One of their major assets is their versatility in formulation, which is remarkable for ingredients of natural origin that often fulfill only one function. On the one hand, they can be used in different galenic formulations and on the other hand they have multiple properties in the formula. They can be used in emulsions as well as in anhydrous products, whether they are viscous or solid. They allow for example a perfect control of the rheology of the product or even the stabilization of emulsions. The interest for an industrialist to have a multifunctional ingredient is to be able to rationalize its catalog of raw materials.

The story doesn’t end there. PolymerExpert continues its work in the development of polymers of natural origin for the cosmetic industry. Several projects are currently under development in the hope of offering more sustainable raw materials in our cosmetic products tomorrow.

You want to formulate with natural polymers?

We can also be reached by email: contact@polymerexpert.fr or via our contact form. 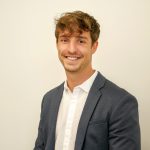